Each living organism, from bacteria to human, employs thousands to tens of thousands of different proteins to perform biological functions that sustain its survival and reproduction. While high-throughput approaches such as proteomics and DNA sequencing have been rapidly identifying new proteins, we remain at a bottleneck in finding out how all these proteins perform their biological functions. How can we solve this problem?

We have been studying the following fundamental problems in protein biology: (a) the mechanisms of receptor activation in biological signaling, (b) the principles of proton transfer in proteins, (c) the impact of the Hofmeister salts in protein structural dynamics, and (d) how heat shock protein 90 (HSP90) accommodates the vast structural diversity of client proteins. 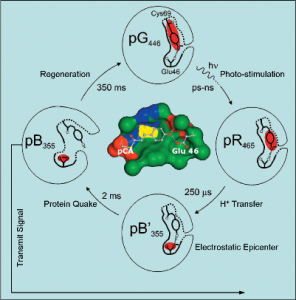 To illustrate one key insight into biological signaling, we discovered the “electrostatic epicenter” model of receptor protein activation. The “electrostatic epicenter” is generated through charge transfer, such as proton transfer, electron transfer or phosphorylation. The newly formed electrical charge is not stable, and subsequently drives a large amplitude protein quake that transforms a receptor protein from the receptive state to the signaling state, resulting in receptor activation. We predict that this model is applicable to a range of signaling proteins.

The advanced FT-IR at the Henry Bellmon Research Center 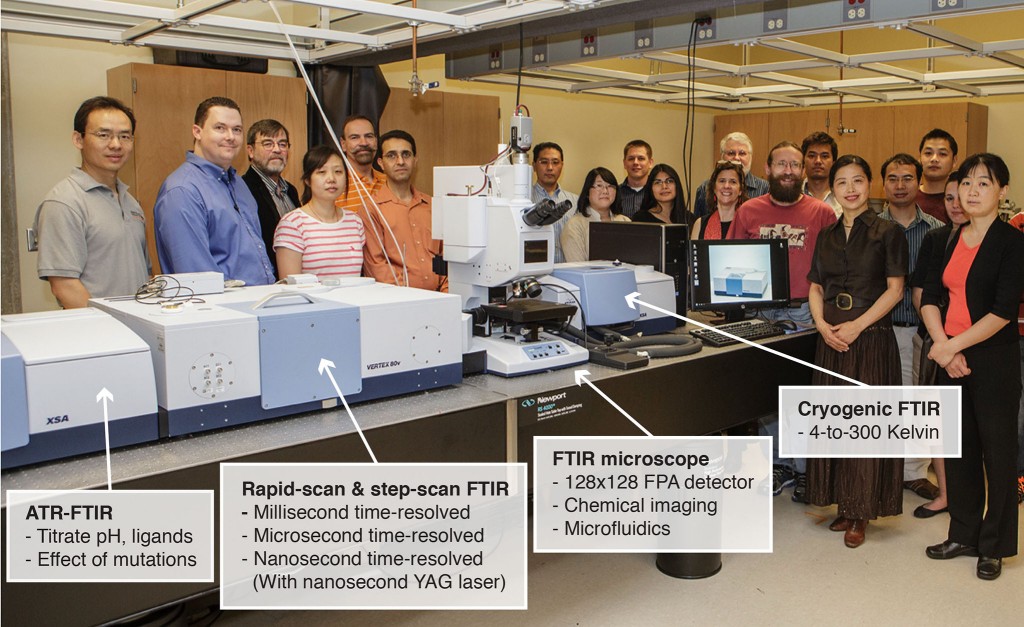